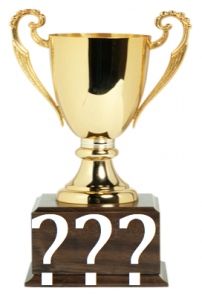 Since I wrote about our school’s decision to end our awards ceremony and change the the way we honour students, I have been asked a few times how people could start the conversation in their schools.  I realize that most schools have already hosted their year-end awards ceremonies but while it is fresh in people’s minds I wanted to provide a place for the conversation to continue.

As many are aware, when I arrived at my current school, the conversation had already been occurring for a few years; although I was part of the final decision, I was not part of the initial discussions (this was started by staff, parents, and admin prior to 2007).   Having said this, I have often thought about how I would approach initiating this dialogue in a different school now that I have seen and experienced the success of a school without an awards ceremony.  Keeping in mind that each school culture is different and that each school probably has lengthy traditions of trophies and awards in schools, this is not a decision that people can make without the support of some key parents, students and staff. Once you have a few people (your support network) questioning the idea of only honouring a select few in a created competition in which the winner is decided by staff, here are some possible leading questions (I need to be clear, though, that I am NOT advocating for expectations to be lowered nor am I supporting the idea that EVERY child gets some sort of “top _____ award”):

The more I discuss and read about human motivation, the more questions I seem to have.  I wonder if we all provided ongoing feedback that personally honoured and challenged our students and we continually worked to form trusting,caring relationships with kids… would we need public recognition at all?

This post is not about questioning whether or not we should have awards (here are many other posts that ask that question); this post is about providing a platform to share ideas and engage in dialogue around the idea of starting the conversation about rethinkng the way we do awards ceremonies in schools.  If you have questions and/or thoughts or if you have initiating successful (or unsuccessful) discussions in your school, please share in the comments section below.