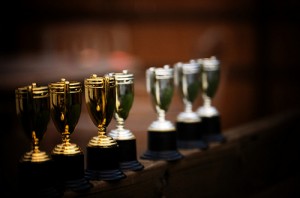 I am pleased to have a guest post by Greg Hannon, Head of the upper elementary school at Mount Scopus College in Melbourne Australia, write  a post describing how his school has decided to move away from the traditional awards ceremony structure.  One of my Twitter friends, Edna Sackson (@whatedsaid), introduced me to Greg as she is a teacher at the school.  Thank you to Greg and Edna!

This post is part of the series “Recognizing ALL Students: The Movement”.  If you know of other schools that have altered the way they honour their students, please contact me to join the movement.

This year I decided to tackle a protocol that has taken place over many, many years at our College, a protocol I never believed in but one in honesty, never had the courage to confront – the giving of awards at our Year 6 Graduation Evening.

Past families and students have left endowments to be awarded on an annual basis for high achieving students in Literacy, Numeracy, Hebrew and all the major sports. These awards grew over the years, now numbering 24 separate awards, that would be presented during the graduating ceremony.

So, after four years as Head of the Primary School, I now have the confidence and conviction to not only question, but make changes to programs that have operated within the College for many years that possibly didn’t get reflected upon as rigorously as perhaps they should have. My first target was the Year 6 Awards!

I knew to successfully end the tradition I had to firstly record the reasons as to why I didn’t believe in them.

Once I had recorded my beliefs, I met my year 6 staff individually, to explain my aspirations. Pleasingly, most were very supportive of my intentions. I then canvassed senior staff and all agreed that the policy of awards was out dated and needed attention.

Now, having the confidence to make the necessary changes I made a meeting with the College Principal and College President. This was a particularly pleasing meeting and once I had articulated my reasons for making the changes they were both overwhelmingly supportive of the change.

It was decided at that meeting to convey the changes to the parents in a ‘drip feed’ manner. I met with all Year 6 students and explained to them the reasons as to why I was removing all awards from the primary school and making the Graduation Evening a celebration of every students achievements, not just the naturally talented or bright!  This information went home and to my surprise, not one complaint. Just the opposite actually with two parents commenting on how it was a positive step forward.

As a College, we recognise special achievements at our weekly assembly. We don’t give out certificates or prizes, we just verbally acknowledge and celebrate the achievement.

Moving forward, our Graduation Evenings will now be a positive experience for ALL students and hopefully the entire cohort leave the evening feeling recognised, special and happy.

For more thoughts from other educators on awards, please go to “Rethinking Awards Ceremonies“.