Note: this story of inclusion is shared with the encouragement and permission of Logan’s mother.

Logan has been at James Hill Elementary since kindergarten. During this time, it has been easy to pick out all of his challenges – his struggles to read and write, self-regulate emotions, say the right things (and not swear), and his struggles to build real friendships. He has Autism and Tourette Syndrome and the journey n school has been a roller coast of emotions for Logan and his family as he faced a few good days combined with many, many challenging ones. (There was a time when we almost made the mistake of planning a half-day program because he was not having successful afternoons – thankfully, we listened to his family andworked together to create an afternoon plan that tapped into his strengths and interests and created success.)

As Logan has grown, his interests in things like animals (particularly reptiles and insects) were noted and encouraged by staff and his family to be used in school through a variety of projects. One of his grade 3 teachers saw a snake she had never seen before near her home so she took note of the characteristics, came in to the school on the following day and ran it by our expert, Logan, and he was able to identify they type of snake it was. Another staff member embraced his love of animals and ran a school-wide fundraiser, led by Logan, to bring in Canadian Tire money to donate to the Langley Animal Protection Society to help out local rescued cats. During this fundraiser, Logan went around to all the classrooms to share details about the initiative. Because Logan had struggles in communication, he used an iPad to read out the information to the students. 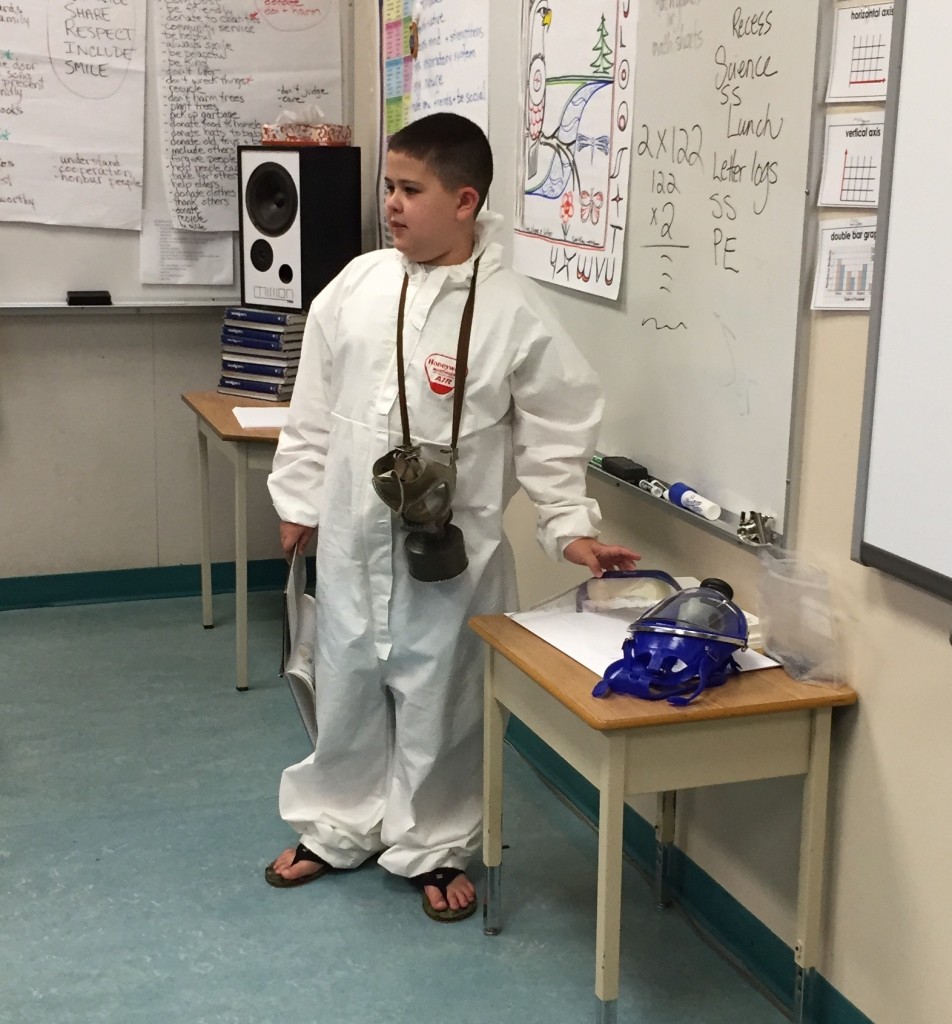 Fast-forward to grade 5. In the past few years, although Logan still has a love for Kingdom Animalia, he has developed a keen interest in communicable diseases, nuclear disasters, and safety from these and all sorts of disasters that can be harmful to humans. His parents have embraced this and Logan can often be seen walking around the grocery store or the school with a gas mask and hazmat suit. He has almost become our leader in pest control at the school. Although Logan has been physically floating in and out of the classroom, his participation in class has been fairly minimal… up until a few months ago. At this time, his teachers and support staff started to notice that his strengths and passions could be used in the classroom more often.

Although there has been much effort over the years to include Logan more effectively in the class, during a unit on communicable diseases, Logan’s experience at school shifted to a much more active, positive experience. He then became a classroom expert on the topic. He participated more in class discussions, he was engaged in the tasks, and walked with more of a “swagger” at school. One of his teachers, Colleen Giddings, then asked him if he wanted to share his vast knowledge of viruses with the class. The next day, Logan waited patiently and then when it was time, brought out his iPad and didn’t just share a few bits of information, he actually taught a mini-lesson on viruses! He walked around with his iPad and showed pictures and shared his knowledge and passion for the topic. Rather than trying to get him to participate, the challenge then became how to teach him timing – when and where to share his knowledge!

As the class is a shared classroom, his other teacher, Kathy Lambert, continued to chat with Logan about other areas of interest and asked him if he wanted to bring his hazmat suit in to share his knowledge about safety.   Not only did he just bring in his suit… he taught a full 30 minute lesson on nuclear disaster and radiation safety! He lectured and shared his knowledge, asked questions, answered questions from peers and also used a variety of tools like pictures, maps, stories, and even finished with a historical video on nuclear safety. This same student that struggled to be in class, speak to peers, read, write, self-regulate emotions… gave a 30-minute engaging lesson to his classmates. Logan is on a new streak and for the past few months, showed his story and identity at school has changed.

Inclusion is not just about helping certain students be more involved in a class; it is a mindset about how we do things. Over the years, Logan’s family and staff at his school have embraced who he is and what he loves. They have started with his strengths and when these strengths were brought into the school, he became more confident, active and engaged in class. His struggles are still there but these have been overshadowed by his strengths.

Thank you to Logan, his family, as well as the staff and students at James Hill for showing the power of using strengths in inclusion.

Check out the 3-minute video clip below of Logan in his element… teaching his classmates about nuclear disasters and radiation safety.