There is often much discussion around the separation of our professional and personal lives on social media.  Some districts strongly encourage this separation while others encourage the blending of both.  I have been a supporter of the latter as I believe that if we share who we are online we develop better relationships with others.  In December, I tweeted the following:

I struggle w “separate professional from personal in SM”. Prof identity and personal identity are blended. Just be a good person in both.

From an organization perspective, I wholeheartedly agree with my tweet.  I encourage people to share who they are and be transparent in their views on education.

However, my friend Royan Lee gave me some pushback on this idea when he tweeted,

@Nunavut_Tweeter @ChrisWejr Not all educators have identities or personal lives that are accepted by our dominant education culture. 2/2

What I did not realize when I tweeted that, was that my view on the subject was coming from a lens of privilege – the lens of a middle class, white, heterosexual male.  Where I fell short in my tweet was that I failed to empathize with those whose lives are considered less acceptable to some.

When Royan brought this side to my attention… I stopped and thought about deleting the tweet, but then realized this is all part of the learning.  It was not my intention to be ignorant but by wearing my invisible napsack of privilege… I felt I was.

I immediately thought about my friends who have struggled most of their lives with a target on them for being gay.  I thought of my gay friends who are now so happy with their girlfriends, boyfriends, husbands, wives, and kids.  I thought of how these important friends that have inspired me and taught me so much cannot always share who they are for fear of being attacked by those who judge and throw stones.

I have been attacked for my views on education and sometimes these became personal; however, I have never been attacked for who I am or who my family is. For those with a personal social media account where they share all of the joy in their lives and happen to be gay (expand to LGBTQ), it is a sad reality that, because of societal views and judgment from others, they feel they cannot share this personal joy in their professional streams.

I recently shared a video of who I am with the families and staff of my new school.  It was very well received and it immediately help foster some relationships with families.  In reflection, I cannot help but think about what it would be like if I did not have the “typical wife and two children” family.  What if my wife and kids were a husband and kids?  Would I still share this?  I feel we have a fairly liberal society in BC but there would likely still be some families that would shut me out or view me differently.  We all love to belong and love to be accepted and although I would hope that I would have the courage to be publicly proud of my family, I am not sure I would as that might be risking this feeling of acceptance.  It is reflection like this that help me to attempt to look through the lens to help me understand how difficult it must be for my gay friends and many others who want to share who they are but live in a society that still has some people that look to judge rather than seek t0 understand.

I was going to write another post about the importance of sharing who we are… and I still believe this is important;  however, it is much easier for people with a life that is more acceptable in society.

Although Royan’s tweet was not specifically about the LGBTQ community, it was a wake up call for me to change my lens and seek to understand the difficulties for students and adults to post and tweet who they really are.  To all my friends, as well as those in my network, for whom I failed to understand their lens…. I apologize.  Thank you so much to Royan and the many others who continue to teach me to empathize with others and attempt to view life through a new lens. 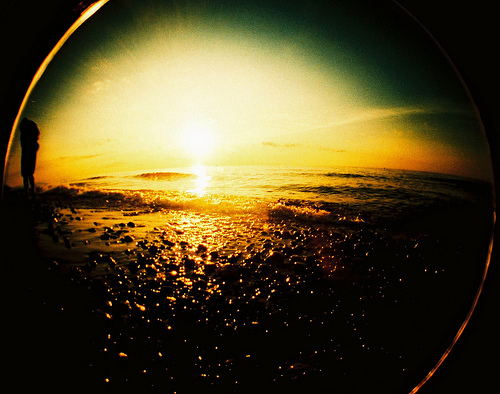