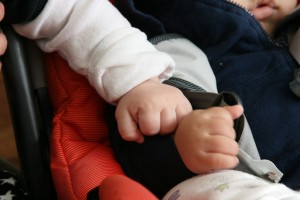 Many of us have written about how our PLN (personal learning network) has helped us get through challenging times.  I wanted to share some experiences of how people I have met through social media have impacted me in my day to day life and even moved from followers to friends.  I am not a fan of lists of people and this is not meant to include or exclude but more to share some recent positive experiences resulting from social media.

As I head back to work and reflect on the summer, some key moments with friends stand out… moments that would not have occurred had I not been using social media as a tool for professional learning.

At the beginning of the summer, George Couros, division principal in Alberta, planned a few days stop over in Vancouver on his way to a speaking tour in Australia.  We planned to hang out for a day and then meet up with a few others that evening.  I picked him up at the airport (I was a bit late… although I did a drive by and he was too busy tweeting out that I was late to notice me driving by) and we spent the day chatting about all things life, education, and social media.  In the evening, we met up with a few other amazing educators (whom I have also met through Twitter) for some dinner and in depth chats about technology, education, and professional learning.   The weird thing is that this was only the third time I had ever met George face to face.  We have ‘spoken’ through Twitter, Facebook, email, SMS, Skype, etc for a few years but because he lives in Alberta, we rarely get to meet.  George and I hung out like we were university buddies… often it felt like we were catching up by sharing old experiences and bouncing ideas off each other.

Brian Kuhn, the technology leader in Coquitlam, is someone whom I met through Twitter and blogging a few years back.  I originally went for breakfast with Brian to pick his brain about developing a tech vision for our district.  What resulted has been regular (EARLY!) breakfast meetings throughout the year that include dialogue not only about technology and education but also about family and life in general.  We often meet up at conferences or events and I follow his travels around Europe and mountain biking trails via Facebook and he follows the growth of my young daughters.  Today we attended an Edcamp together and he made a comment “It is so cool to see photos of your daughter growing up… feel like I am watching family”.   Brian is a bit of mentor to me but also has moved to a trustworthy buddy that I can chat with about anything.

Another connection with Kuhn.

A few weeks ago, I was heading up to a family reunion in Salmon Arm and the route to there took me through Kamloops.  Cale Birk, a principal in Kamloops, invited me to stop by his place on the way back.  His house was a perfect pit stop for my family (you cannot get very far with two 20-month-old daughters in the car) so we popped in for a few hours.  Again, hanging out with Cale was like being with a buddy that I played hockey or basketball with.  We chatted about everything until finally my wife gave me the signal that we had to head out.  The crazy part of this is that our wives had actually connected through Facebook a few weeks prior as they are both dance teachers.  Further, Cale has 2 beautiful daughters (2 and 4) who immediately connected with our daughters.  The best part of this meeting was the fact that I had never met Cale face to face before.  We had also used a variety of tech to communicate with each other so we knew each other quite well but meeting face to face created that friendship.  Cale, Lori, Paige, and Kate stopped by our place for lunch the following week, en route to Victoria, and we are planning some more gatherings in the near future.

The last example I want to share does not involve a face to face meeting but more of someone whom I keep in touch with on a regular basis.  Darcy Mullin, a principal in Summerland, and I have been Skyping once a month for the past year.  In addition, we chat via Twitter, Facebook, email, and text messaging.  Although our attempt to meet up this summer (which would add up to a whopping 3 times) did not work out, Darcy and I kept in touch by Skyping a few times and texting throughout the summer.  The best thing about our conversations this summer is that the focus was not just on education but mostly on our families.  Darcy has twins as well so the stories of my daughters really bring him back; too, I enjoy his narratives of his family outings throughout BC and Western USA – the excitement in his voice when he speaks about his wife, son, and daughter is truly contagious.

To me, the learning that results from the connections we have with people is obvious.  This post is by no means meant to be a cheesy shout out to George, Brian, Cale, and Darcy nor is it to exclude the many other people and friends I have met through social media; it is to share and highlight the potential deeper relationships that can arise from the effective use of social media.

Connecting through social media is not about the quantity of followers or ‘friends’ that a person has but it IS about the deeper, trusting relationships that can result if you take the time to make these relationships happen.  These guys have had a huge impact on me – and I probably would never have met them without social media.  I look forward to deepening the relationships and learning with a few more folks in the near future. Thank you to all those that have taken the time to connect with me to help me both as an educator and as a person.

For another example of how followers can turn into friends, please check out Stacey Garrioch’s wonderful post on #edcampkinder.