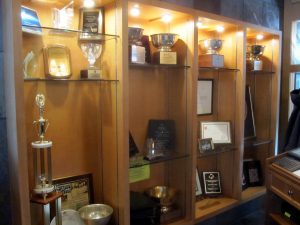 As we near the end of March, many schools have moved into the final term of the year and this often leads to discussions about awards ceremonies in schools.

I recently had the honour of travelling to Red Deer, Alberta to present on the topic of rethinking rewards and awards in schools (view slides here). This was such an honour as Red Deer is the hometown of a late friend of mine, Joe Bower, so I was able to meet his father, brother, and wife during my time there. Joe was a strong critic of the use of rewards and awards in schools and he and I had regular dialogue on the topic. My keynote was a tribute to all Joe taught me and all he stood for as an educator. A special thank you to David Martin for bringing me there; it was wonderful to finally meet him and his wife and to see that he is an even better guy in person than he is online. 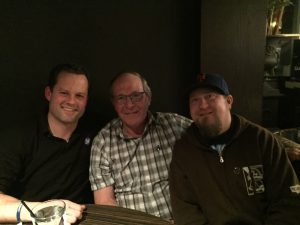 Jim and Jeff Bower – father and brother of the late Joe Bower.

When I say that we need to rethink awards in schools, many people immediately think that I believe in awards for every child. This is far from the truth; when I share that we need to rethink awards, I think we need to move away from awards altogether.  I have been privileged to work at two schools that have moved away from awards (I acknowledge that this is an easier move at elementary school than high school) to a system that works to honour all students for their strengths and growth. The lack of awards has not taken away from our academic achievement and has helped to create a more supportive and collaborative school community. Although many of these ideas overlap, here are my 5 main reasons to rethink awards in schools.

Although many of these ideas overlap, here are my 5 main reasons to rethink awards in schools:

Instead of naming a student who is THE best, our goal as a school should be to work to bring out the best in EVERY student.

Does an awards ceremony at the end of the year that honours a select few students based on narrowly defined criteria bring out the best in every student? The concerns around awards far outweigh the benefits so I encourage you to start the conversation to rethink awards in your school.

For more posts similar to this on rethinking awards ceremonies, click here. For an example of a different way of honouring students, see below. 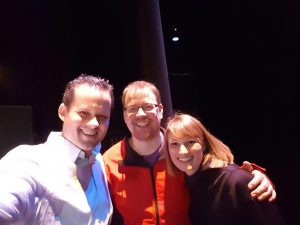 Thank you to David Martin for the opportunity to share! (pictured with his wife, Jenn)

At our school, although we do not have a “replacement” for awards at our school, we have chosen to honour every grade 5 (we are K-5) in the school during monthly assemblies. At some point through the year, students are selected (alphabetically) to be honoured by standing up in front of the school and having the principal share their strengths, interests, and virtues. (Students complete a survey in which they share what they believe are their strengths (character strengths and talents) as well as a few interests. Teachers also share what they believe are the students’ strengths and interests.)