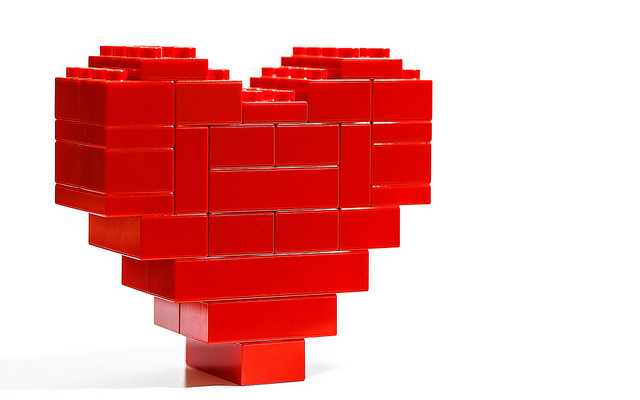 Following a thought-provoking session on inclusion with colleague Diana Wilk at our district pro-d day (as a follow-up to a memorable day spent with Paula Kluth in the fall), I tried to share a story with her but emotionally struggled to get through it. It is a story of inclusion being modeled by kindergarten students and one that we can all learn from.

As in the majority of kindergarten classes, we have some students that struggle with personal space and can demonstrate some behaviours that can be looked at as being socially not acceptable.  One student in one of our clases, Justin (not his/her real name), has some challenges and loves to wreck towers, buildings and other things that students have built with blocks, lego, and other items.

Our teacher, who cares deeply about Justin, decided that while Justin was learning that this was not acceptable to wreck other students buildings, she would take a picture of the students’ completed tower/building before it was dismantled. As students in kindergarten are often so accepting and patient, this temporary solution seemed to be working while Justin learned the necessary skills.

A few weeks ago, two girls had created a rather large structure with blocks. They were beaming with pride and asked their teacher to take a photo of their work. While the teacher was going to grab her camera, she heard, “Justin….NO!” and then turned to see Justin run over and smash the structure to pieces. The teacher comforted the two students and then took Justin to a calmer area of the classroom to once again talk to him and remind him about respecting other people’s work and personal space.

After a few minutes of working with Justin, the teacher was interrupted by the two girls asking if they could talk to Justin. They then brought over Justin to their newly created structure and said, “we built this tower but we need someone to take it down… will you be our wrecking ball?”  Justin then turned into his own version of a wrecking ball and dismantled the structure as the girls cheered him on. The smiles in the faces of all three students, and the tears in the eyes of the teacher said it all. These students had come up with this inclusive solution on their own. Justin continues to cherish his role as a wrecking ball and is learning to wait until the timing is right to do “his job”. This role has enhanced his sense of belonging and created a more positive experience for him and his friends.

Inclusion does not just benefit those who struggle. By creating the conditions for moments like this to happen more often in schools, we can teach and practice the skills of empathy, understanding, and care and support our students in teaching so many of us that inclusion brings out the best in ALL of us.