While reading and commenting on Amanda C. Dykes’ blog post, “And The Award Goes To…“, I came across this poem (shared by Rebecca as a I went to my son’s school that day
It was a very special day
When worthy tributes would be paid
To honor students in 1st grade.
Music ushered children in
Faces wet with toothless grins
Flags were raised and banners hung
Pledges said and anthems sung.
I stood with other moms in back
He didn’t know I’d come, in fact
I didn’t want his hopes set high
In case his teacher passed him by.
Every mom felt just the same
All had come to hear one name
The child she hoped they’d recognize
And find deserving of a prize.
The list went on page after page
As beaming children walked the stage
Cameras flashed and parents cheered
Grandma smiled ear to ear.
My eyes were fastened to just one
The anxious posture of my son
Perched at the very edge of seat
Too young to have assumed defeat.
Certificates for everything
From grades they made to how they sing
For days missed, for how they drew,
Good citizens to name a few.
But it wasn’t likely on that day
They’d honor one who’d learned to play
And stay in class from eight to three
Who’d learned to write and learned to read.

We hadn’t hoped he’d be the best
We’d prayed he’d fit in with the rest
I knew no matter who they’d call
My boy had worked hardest of all.

An elbow nudged me in the side
A friend attempting to confide
A boy waving frantically,
“There’s my mom! Right there! You see?”
They never called his name that day
I drove straight home, sobbed all the way.
The boy? He had ceased to care.
He had a mom and she was there.

What happens to a child that, no matter how hard he/she tries, they never win an award? What if this was your child?

As we near awards ceremony days in schools, please take a moment to reflect if this is, in fact, a positive tradition in our schools.

Join The Movement to Recognize All Students. 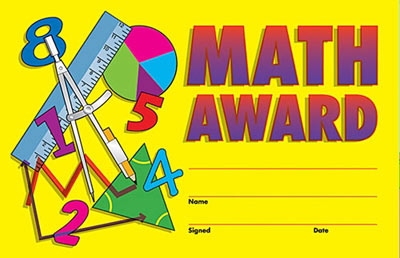 I have been asked by a few parents to post my Farewell Speech to the Grade 6’s that was said at our Grade 6 Year-End Honouring Ceremony June 24th, 2010:

When principals come up and give farewell speeches to classes leaving their school, they often talk about moving on and getting a step closer to the ‘real world’.  Lately, I have been pondering this idea and I have come to the realization that to our students, school is the real world.  This is not some fantasy fake world that exists in some other level or continuum – this IS the real world.  We have to be careful about ‘warning’ our students about entering the real world because as I have grown to know these amazing students, I have realized that their present real worlds may actually be more difficult than the world in which they will enter after high school.  Many of the kids in front of you are determined, supportive individuals who have overcome an unbelievable number of challenges and obstacles just to get to this point in their education.  This needs to be recognized.

EACH student needs to be recognized for all their strengths and talents that they have; they also need to be recognized for the contributions they make to our school and community.  As you are well aware, the Kent Staff has made a monumental step to change the way we honour our students.  In the past, we would be here and watch a select few students get recognized; we still want to recognize those athletes and academic students, but what about the students who spend every lunch hour working with younger students?  How do we recognize them?  They do not do this for any award, they just do this because it is the right thing to do – and this needs to be recognized.  I will never forget last year when I overheard a student say that they “lost the athletic award”.  This student has a strength in athletics yet he viewed not getting the award as a loss.  This is exactly why the First Nation program at our school puts on an honouring ceremony that recognizes the strengths of every FN student in the school and why we have expanded our year end ceremony to include all members of our grade 6 class.  The recognition of all our students is so important and so very well deserved.

In the next few minutes you will hear teachers talk about their students’ strengths and qualities.  It is our hope that these students are already aware of these amazing qualities and will leave our school and continue to focus on these talents.  It is our hope that these strengths are, in fact, passions and that they spend their time doing something in which they are passionate about.  So grade 6’s, you know what you are good at – do it!  Really challenge yourself in these areas.  Push yourselves and encourage each other in these areas of strengths.

When you push yourself you might actually go outside of your comfort zone and take a risk.  When you do this, you WILL make mistakes – please remember mistakes are made because you are pushing yourself and that is a great thing.  That is how we learn and move forward in life.  My wife, Tonya, is a dance teacher and there is a saying that she uses in dance:  “if you fall, make it part of the dance”.  That is what we want you to do – push yourselves, take risks, fall, get up – and make it part of the dance, make it part of your plan.  Times when you fall is when the best learning takes place.

Although, there are many teachers in this school that have put in significant amounts of time to help you to learn, I just wanted to take some time to thank you for some things YOU have taught ME:

These are just a few of the things that you have taught me.  You have not participated in these important activities for any reason other than ‘because it was the right thing to do’.  We need to recognize and honour all of you for not only your accomplishments and strengths but also what you have taught us during your time here in your ‘real world’ at Kent.

Today is your day, enjoy the moment and we wish you nothing but the best in the next phase of your education.